9/5 – Cinema Under The Stars with RCR: Moulin Rouge 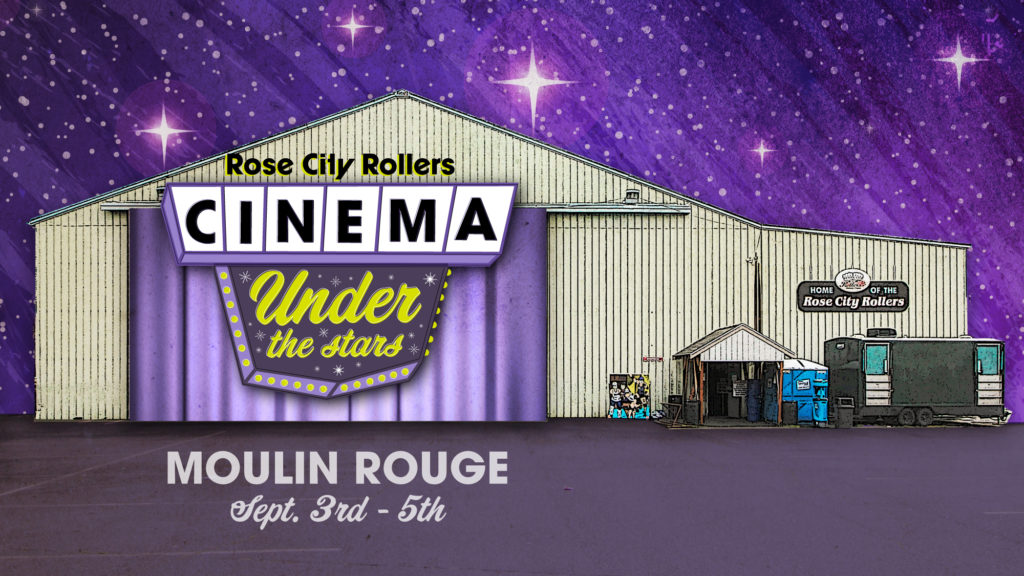 Join the Rose City Rollers for an evening of movie magic under the stars! September 3rd – 5th we’ll be screening Moulin Rouge!  a 2001 musical film directed, co-produced, and co-written by Baz Luhrmann. The film tells the story of a young English poet/writer, Christian (Ewan McGregor), who falls in love with the star of the Moulin Rouge, cabaret actress and courtesan Satine (Nicole Kidman). It uses the musical setting of the Montmartre Quarter of Paris, France.

At the 74th Academy Awards, the film was nominated for eight Oscars, including Best Picture and Best Actress for Nicole Kidman, winning two: for Best Art Direction and Best Costume Design. It was the first musical nominated for Best Picture in 10 years, following Disney’s Beauty and the Beast (1991). In BBC‘s 2016 poll of the greatest films since 2000, Moulin Rouge! ranked 53rd.