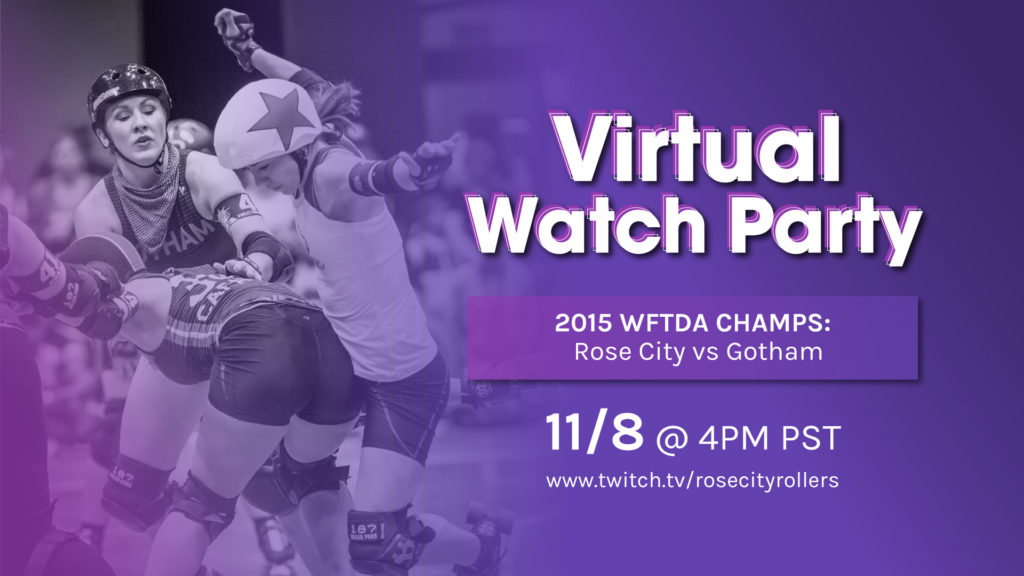 In 2015 RCR’s All Stars made derby history by disrupting Gothams winning streak and bringing home the coveted Hydra for the very first time. If you’ve seen this game before, you know that “epic” is an understatement. If not, well… you’re in for a treat.
We have a fantastic lineup of commentators – current and alumni members of the the team for this game: Elicia Nisbett-Smith, Loren Mutch, Scald Eagle, Juniper L. Simonis, and Licker’N’Split — plus Rocket Mean (RCR’s Executive Director) and Derby Nerd (2015 sideline announcer).
Join us this Sunday for a look back on this epic game which paved the way for several more RCR World Championship wins!
WHERE:
Streaming on our Twitch channel (don’t forget to subscribe!)