In a game that saw six lead changes, the Breakneck Betties (BNB) walked away with a hard-fought win over Guns N Rollers (GNR) with a score of 161-123 on March 13th. The Betties’ Gal of Fray led all scorers with 42 points, though each of the Betties’ jammers scored at least 30 points. GNR jammers Eve Ann Hellical and Zip finished with 39 and 37 points. The win kept the Betties’ perfect record intact while leaving Guns N Rollers continuing to look for their first win of the season.

The last time these two teams met, the Betties won by 35 points. This time around, both teams’ defenses seemed stronger: jammers were breaking through packs, but blockers seemed to contain them longer and limit their scoring, particularly early on in the match.

Even as GNR jammers took lead early and often, the Betties’ defense prevented GNR from gaining much of a lead. By Jam 18, GNR had built up a 20-point advantage thanks to the speed and power of Eve Ann Hellical and some incredible toe-stop stepping work by Zip and MVP jammer Shennanigunz.

The Betties began to turn things around in Jam 19 when Abrakadaver! fought her way to the lead while BNB blockers Ripley, Drone, gingeraffe, and Smelter Skelter kept GNR jammer Angela Death from advancing through the pack. Thanks to timely offensive blocking from Betties’ bout MVP blocker Ripley, Kadaver was able to continue racing around the track and cut into the GNR’s lead with a 12-0 jam in less than a minute. This jam tipped the momentum in the Betties’ favor for the remainder of the first half, but not decisively so. The Betties skated into halftime with a narrow, one-point advantage, 58-57. 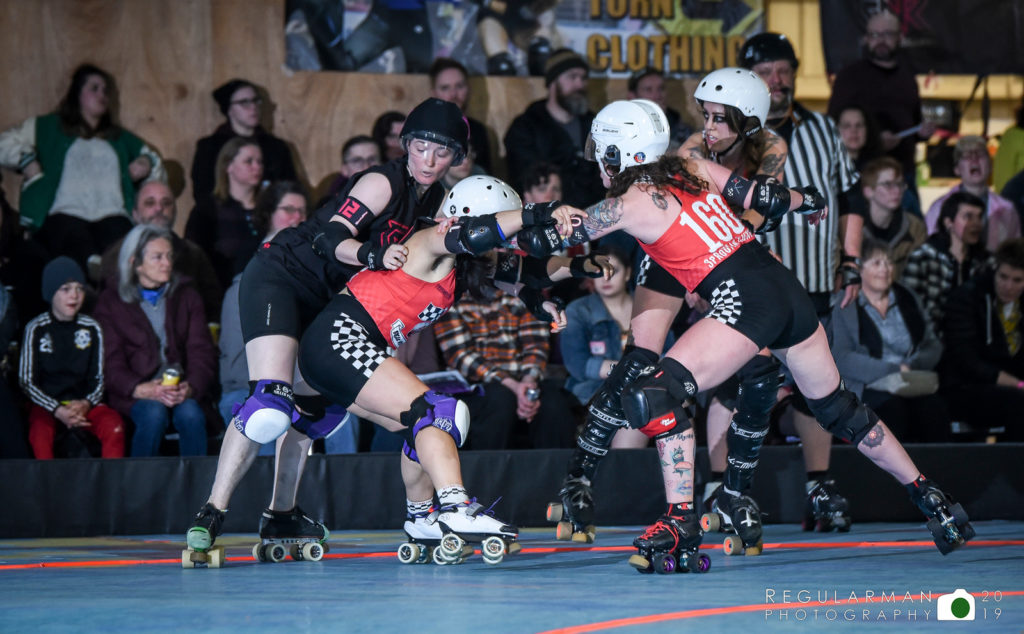 The second half started with more neck-and-neck gameplay which included three lead changes and two ties in the first eight minutes.

The Betties then began to tighten up their defense on GNR jammer Zip, who had led all scorers in the first half with 25 points. They held Zip to 4 points on two of her next three jams, and just 12 points in the second half. The Betties inched up to lead 84-79 and never looked back. In Jam 12, Abrakadaver! was unable to get past GNR’s tough defense of Irie Strider, Yoga Nabi Sari, Pain Goodall, and Beans, and passed the star to gingeraffe not long after Zip got lead jammer. gingeraffe took over and was able to make two scoring passes for 7 points to spark the run, and the Betties went on to outscore the GNR 30-8 over the next three jams.

The GNR’s momentum was sapped by jammer penalties and a tough BNB defense that forced several star passes. Whenever they had lead in hand, the Betties seemed to shift their strategy toward running the clock, allowing the jam to end naturally whenever they could, despite both teams scoring points. The GNR defense had held BNB jammer Ovarian Barbarian (O.B.) in check early on, but O.B. managed to put up all 26 of her second-half points in the final three jams.

GNR’s Eve Ann Hellical made one last surge for a comeback, scoring 14 points in jam 16, but by then the lead was insurmountable. The Betties finished strong, opening up their largest lead of the night in the final jam and winning by a score of 161-123. 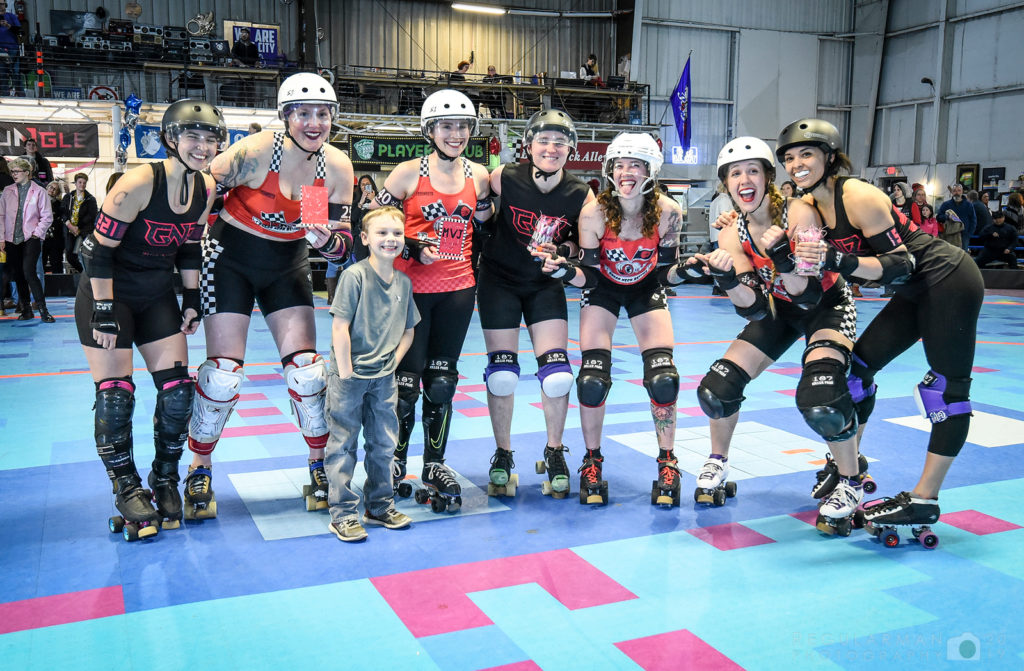