The Heartless Heathers (HH) put together a dominant 45-4 run in the final eight minutes of the game to take down the High Rollers (HR) 137-116 on April 17th. HR led for most of the first 50 minutes, but a massive 24-0 jam from Mia Palau gave the Heathers their first lead of the second half and the momentum they needed to close out the win. Palau led the Heathers in scoring with 46 points, despite being lead jammer for only 4 of the 12 times she wore the star. HR MVP jammer Lurz Lemon carried over the strong jamming from her last performance and led all scorers with 52 points while securing lead jammer in 8 of her 12 jams. The win puts the Heartless Heathers solidly in second place.

HR jumped out to a 16-0 lead during the first three jams, but the Heathers quickly answered with a 27-9 run of their own off of 9 points apiece from Mia Palau, Headache, and Tegan N Scare-Ya. The run was created in large part by HH offensive blockers breaking apart the defensive walls of HR and the jammers taking advantage of some power jams. The Heathers gained their first lead of the game at 27-24.

The Heathers lead was short-lived, though: HR managed to take it back less than three minutes later when HR jammer Apocelypse staved off some defensive play by Mia Palau and netted 6 points, giving the lead back to HR at 30-27. The lead was extended for HR thanks to a great start from jammer Lurz Lemon, and the HR held onto a 48-34 advantage through 13 jams.

After a 12-0 power jam from Polly Wanna Crack’er—who finished the game with 40 points—the HR had their largest lead of the game at 28 points. At that point, though, the HH defense showed just how tough they can be: led by MVP blocker Tarantula, the Heathers blockers held back HR jammers Lurz Lemon and Polly as their jammers outscored the High Rollers 17-0 to finish the half, narrowing HR’s lead to 76-65 at the break. 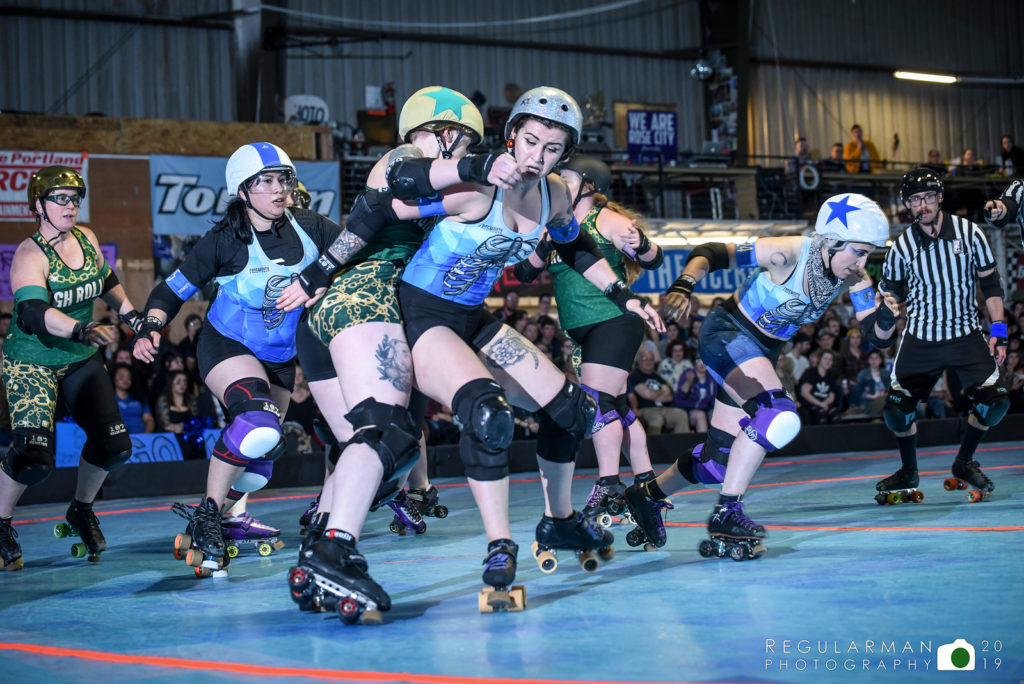 With staunch defensive play in the second half from both sides, the only way either team was able to put up bigger jams was when their opponents lost players to the penalty box.

In jam three, HH started with a two-blocker advantage. Shaolin Spocker and Rollsmary’s Baby tried to hold back Heathers’ bout MVP jammer Scratcher In The Eye, but Bella Constrictor pushed the two apart allowing Scratcher to get lead. Scratcher managed three scoring passes thanks to repeated offensive screens from Stan the Woman, who had a tremendous game. The Heathers outscored HR 11-2 in the jam to get within five at 76-81.

A 7-0 run from jammer Polly a few jams later pushed the HR lead back to 16 at 98-82. There were several moments when it seemed that HH was poised to go on a real run, but every time they got close the High Rollers responded with a big jam.

That all changed in jam twelve: HH jammer Mia Palau was sent to the penalty box just nine seconds into the jam, but a cut-track penalty from HR jammer Polly seconds later sent Palau right back out on the track. Palau began racing around the track, scoring again and again with some well-timed apex jumps. She made it look easy as she outscored HR 24-0 in the jam thanks to some stout defense from blockers Nacho Lucky Day, Bella Constrictor, and Stan the Woman. The jam propelled HH to their first lead (118-112) since early in the first half.

The Heathers extended their lead in jam thirteen. HR tried using their timeouts to save time for a comeback, but momentum stayed squarely with HH for the remainder of the game. HR couldn’t find a way through the HH defense, which allowed the Heathers to build up their largest lead of the game heading into the final jam. The Heathers held on for a 137-116 win, outscoring HR 72-40 in the second half and enjoying their seventh consecutive victory over the High Rollers. 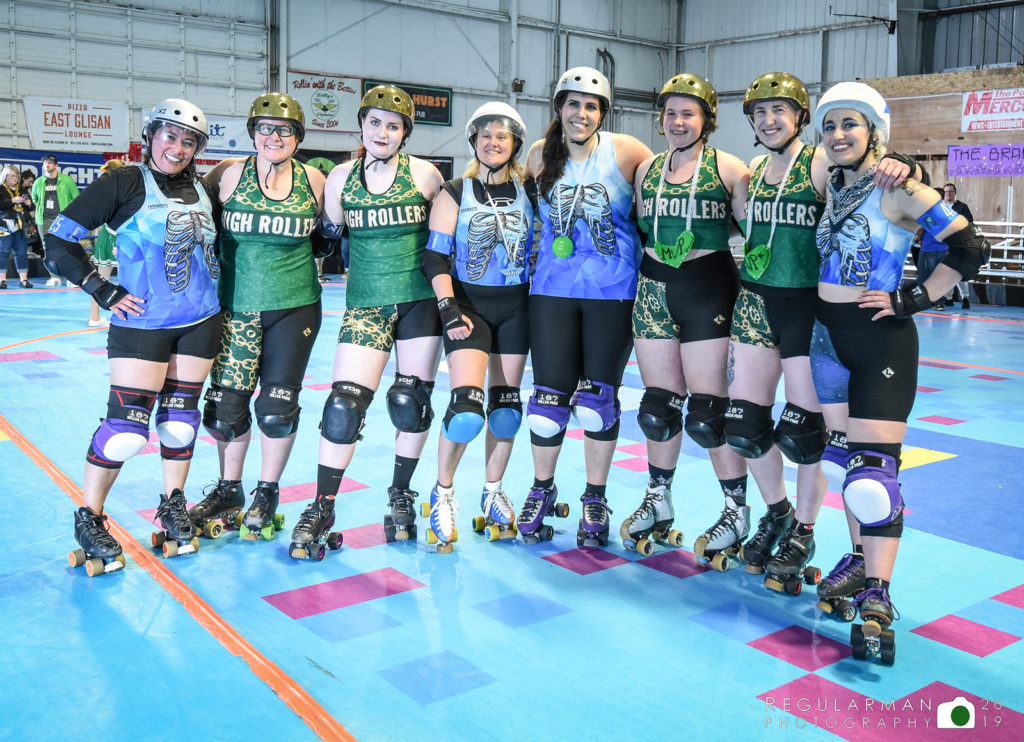