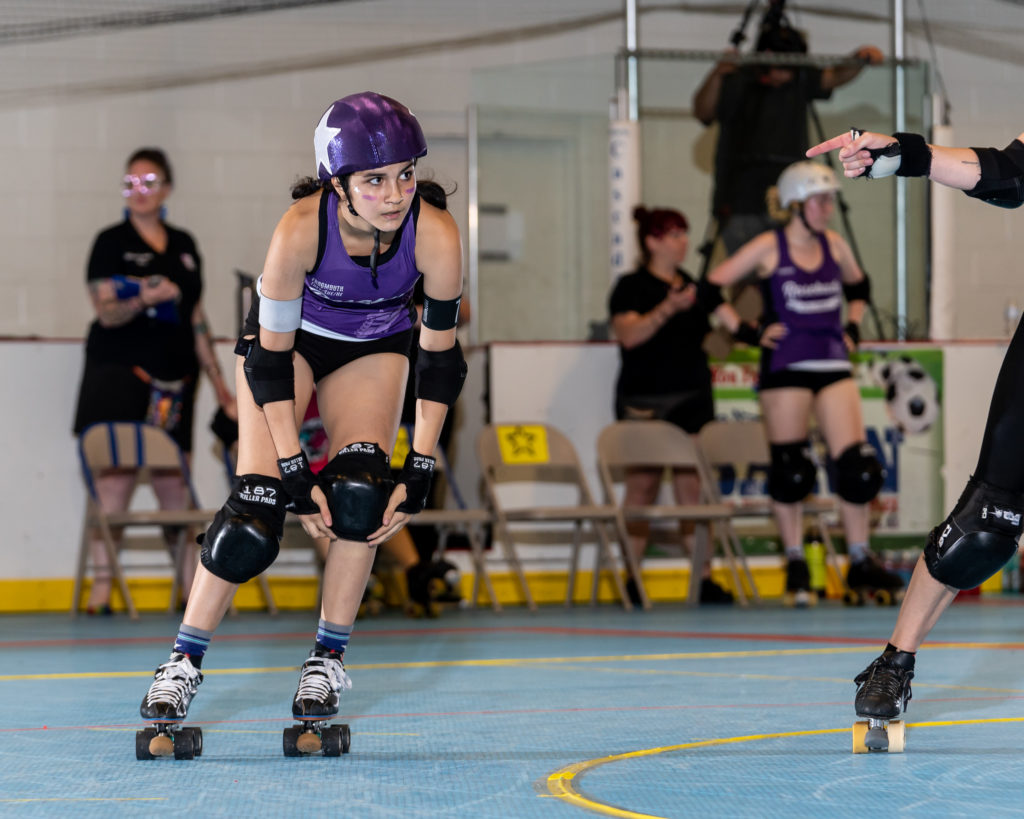 Rose City Rollers Rosebuds All Stars made history this year, bringing home their first-ever national championship win.
The annual Junior Roller Derby Association (JRDA) tournament, which has been on hiatus for two years through the pandemic, took place this year in late July, hosted at the Barney Family Sports Complex in Queens Creek, AZ.
Leading up to the tournament, the Rosebuds All Stars were hard at work practicing, training and finding team cohesion. As with many youth sports teams during the pandemic, the Rosebuds weathered some attrition and underwent some rebuilding – between skaters “aging out” of the program or retiring, and up-and-coming skaters being brought in.
“I have so much to say about this incredible team. We have worked so many years for this moment. We were on our way to a medal in 2020. We had the strength and the momentum and then March came and well—we will never know for sure” says Wendy “Resting Blitz Face” Dragoon, one of the Rosebuds coaches.
“Coming back this year we had a later start than normal. We were well behind the curve for many leagues, as far as letting our Juniors skate together. They were going to have to be even more committed to winning and more sure of themselves in the most unsure times—and they did it! What an absolute honor and joy it has been to coach the Rosebuds All Stars—I am so proud of you all.” 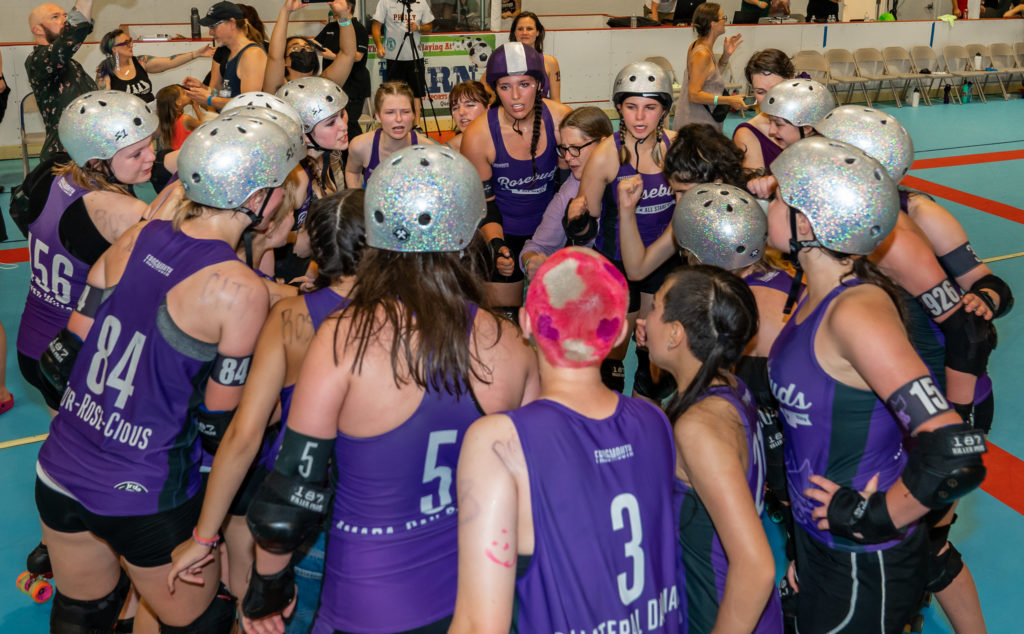 Rose City Rollers Rosebuds All Stars huddle and cheer during a break in the championship game. (Photography Credit: recess.photography)

Leading up to the JRDA finals, the Rosebuds traveled to compete and win the JRDA Regionals in Santa Cruz, CA, scoring victories along the way.
The championship tournament followed a typical run-off format, and the ‘Buds had work to do before they could play for the gold. On Saturday they competed against The Pixies of Spokane, WA – bringing a win of 176 to 132 and securing their spot in the final game.
This match would have them competing against Santa Cruz Derby Groms, a long-undefeated opponent in the Junior Derby circuit. In the moments leading up to the game, the electricity and excitement in the stadium were palpable.
RCR’s Rosebuds knew they were going to have to bring their A-Game to the track; and The Grom’s were determined to ensure this win wasn’t a cakewalk. In the first half, there were numerous lead changes, often with one team scoring points unanswered for several jams, and vice versa. At the end of the first half the score remained a tight 79-70, with the Rosebuds holding a small lead.

“Through the season our team spent a lot of time discussing and working on strategy for this particular game. Having played Santa Cruz in years past, we knew they could bring it and wanted to be prepared” says Elsie Stevens aka Elsie U Later, one of the teams three captains.
“At halftime we were up by a few points, but knew we had more to do. I told the team I’d be super proud of them no matter the outcome – we’d made it this far and that was huge.”
Following a signature team cheer, the ‘Buds returned to the bench and readied themselves for the second half.
The trend remained the same – seeing several more lead changes hit the scoreboard. With just over 17 minutes left in the game, Santa Cruz was ahead, holding 111 to the ‘Buds 104. Spirits remained untempered, as the Rosebuds skaters on track huddled to regroup and broke out into a cheer during an official review.
In the following jam the ‘Buds executed flawless defense and took the lead once again—by a single point. Trading points continued throughout the second half, with nearly each jam seeing a lead change… keeping fans and spectators on the edge of their seats.
Three minutes remained on the clock, the score stood at 136-128, in favor of the Rosebuds. Santa Cruz took this as a sign to call a team time out and reset – allowing them to rack up a few more points.
In the second-to-last jam the score was tied, with 136 points to each team. The Rosebuds were at a disadvantage, fielding only two blockers to Santa Cruz’s three due to penalties. This was a situation they’d trained for – and it showed. Blockers Elsie U Later and Blockter Who showed incredible strategy, detaining the opposing jammer and allowing their own Ruby Slip-Hers to slip through.
This gave them a strategic advantage, and they weren’t going to waste it. As lead jammer, Slip-Hers was able to call the jam off before the Groms could score any points.

15 seconds remained on the clock. For the uninitiated, this typically would have signaled the end of the game—except in the case of a tie. With both teams holding at 136 points each, there was still more work to do.
The teams took the track one more time. After the whistle, the scene was something akin to city-bound gridlock at first – a slow moving pack of skaters “bumper to bumper,” simultaneously attempting defense and offense to detain the opposing jammer, and release their own.
After 33 hard-fought seconds of ping-ponging off of opponents, Rosebuds jammer (Ruby Slip-Hers once again) breaks free and beings a scoring lap. Immediately after picking up four additional points, and calling off the jam – with the Rosebuds clocking a score of 140 to the Grom’s 136 and securing the victory.
And with that, Roller Derby history was made: bringing both Rose City Rollers Juniors All Stars and Wheels of Justice (RCR’s Adult All StarTeam) into standing as the top ranking nationwide teams for the first time ever.
You can watch the game on JRDA’s YouTube page here, or listen to a pre-game interview with Coach Hedy Stevens and Captain Ruby Slip-Hers on OPB here.