Portland, OR – The Rose City Rollers’ premier all-star team, the Wheels of Justice (WOJ), head to New Orleans, Louisiana, this week to compete in the 2018 International WFTDA Championships. WOJ enters the tournament as the number two seed, and as the number two team in the world. They will play their first game on Friday afternoon against the winner of a game between the Crime City Rollers from Malmö, Sweden, and the New Skids on the Block from Montréal, Canada. 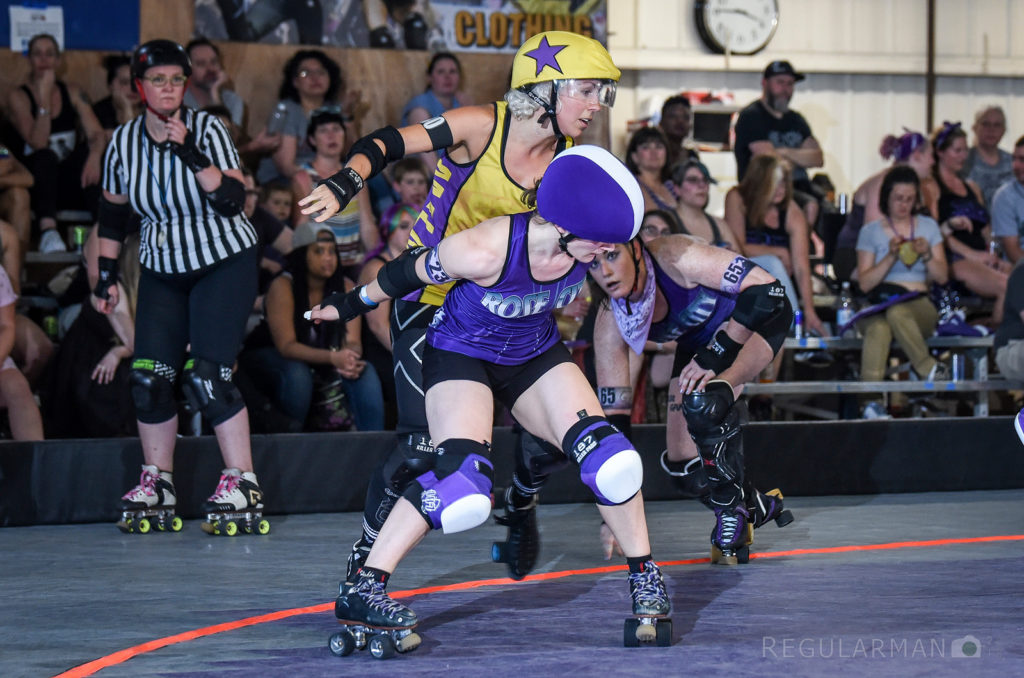 The Wheels of Justice played eight bouts this year and lost only to Victorian Roller Derby League—the team that beat WOJ in the final bout of the 2017 championship tournament.

Six of the ten teams who’ve earned a place at the tournament saw movement in their rankings as late as September 30th, the last time WFTDA released rankings for its 400+ member leagues.

If WOJ wins the tournament, it will be their third Championship in four years.

“We’ve been lucky enough to have played most of our likely competition over the course of the season,” says Nicole “Bonnie Thunders” Williams, team co-captain. “As a result, we feel extremely prepared and are ready to face any of the incredibly talented teams who’ve earned a place at Champs this weekend.”

The Night Light Lounge will be hosting a viewing party for WOJ’s first bout this Friday at 4:00 pm. Fans and those interested in Portland’s sports scene are encouraged to join league members for this event.

Roller derby returns to Portland the weekend of November 16th, when the Break Neck Betties—one of Rose City’s four home teams—take on the Texas Roller Derby Addicts and then on the 17th when the High Rollers take on the 8 Wheel Assassins from Salem, Oregon. Tickets for both games are available at www.rosecityrollers.com.

About Rose City Rollers:
The Rose City Rollers is 501(c)3 charitable organization that serves nearly 400 of Portland’s women and girls who want to play the team sport of roller derby, connect with an inclusive community, and realize their power both on skates and off.