RCR Kicks Off The New Year With 14th Season

Portland, OR – The Rose City Rollers’ four home teams are scheduled to start the league’s 14th season of competitive play on January 12th. Online ticket sales have sold out, but 30 general admission tickets will be sold at the door. Media passes are available upon request.

2018 was a remarkable year for roller derby in Portland: the league’s All Star team (the Wheels of Justice) claimed their third international championship. Over a dozen of the league’s members traveled to Manchester, England, to compete in the Roller Derby World Cup; and the Rosebuds All-Stars (junior travel team for young athletes aged 12-17) ended the season ranked 6th in the world after starting in 17th place.

2019 promises to be just as exciting.

Since the Break Neck Betties took the league championships last June, each of the four home teams have drafted skaters deepen their benches. Though in some cases, the new skater is a far cry from being a rookie—like internationally recognized derby veteran Julie “Angela Death” Adams.

“Guns N Rollers has quickly become my family and I’m very excited to kick off my first home season with RCR,” says Adams, who has nearly a decade of experience playing with top-tier teams like Denver Roller Derby, Team Colorado, and USA Roller Derby. “GNR’s 2019 roster brings years of experience to the track and it’s going to be a fiercely competitive season. Beyond the competition, though, it’s a fun and supportive atmosphere and I’m honored to be a part of this team in the world’s top league.” 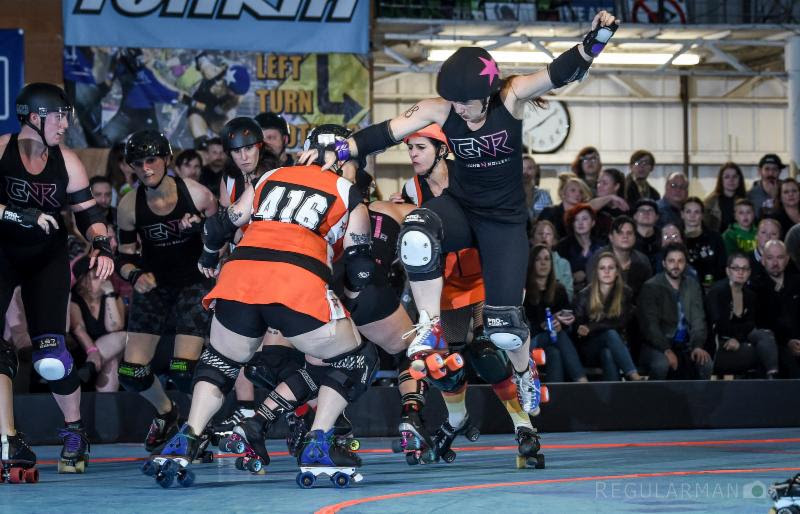 The Rose City Rollers home season runs from the season opener on the 12th through Home Team Championships on June 1st. Tickets are available for individual bouts, or you can purchase a season pass through the league’s online store for guaranteed admission to all of our 34 events this season.

The Rose City Rollers is 501(c)3 charitable organization that serves nearly 400 of Portland’s women and girls who want to play the team sport of roller derby, connect with an inclusive community, and realize their power both on skates and off.