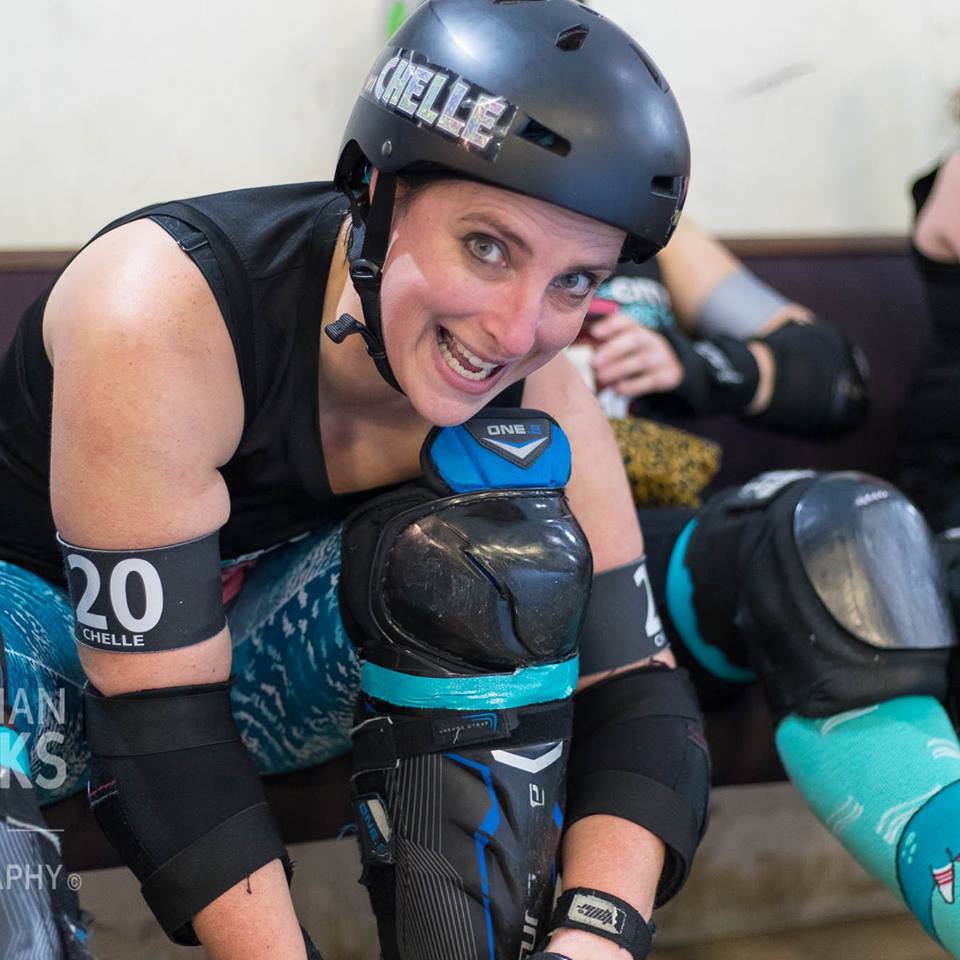 You would be hard pressed to find a volunteer who doesn’t strive to make Rose City Rollers better. It’s a point of pride in our league that we not only have some of the best skaters in the world but we also have some of the best volunteers. But I will tell you what, Chelle Put-A-Welton definitely gives other volunteers a run for their money. She is not only the league President, she also coaches juniors and Wreckers, serves on several committees and is a general wealth of knowledge for everyone around. She takes pride in where the league is going, and has a clear vision of what it is and can be. Rose City Rollers is more than happy to present Chelle the prestigious Gold Star Volunteer Award for the month of May, Congratulations Chelle!

What thing have you done within Rose City Rollers that has given you the greatest personal satisfaction?

What has being in RCR volunteer meant to you?

Being a part of something bigger than myself. It can be hard when there are so many other more pressing needs in the world to justify spending my volunteer hours with this sport but I know the impact derby makes goes far beyond the walls of the hanger. If my coaching and league support creates space where someone finds their power, develops confidence and moves that to other aspects of their life, than I know it’s worth it. I guess I think it is a little like the Butterfly Effect. Hopefully, my little change and works sparks bigger and long-lasting change in the world.

What core value do you appreciate/emulate the most? Why?

I think I emulate ‘keep making it better’ the most but really I appreciate ‘bring your best self, trust others to do the same’ because that is really the foundation needed in order to keep making it better in the first place. We are imperfect humans but if we can first and foremost trust that those putting in the time and effort are bringing their best selves, then we can approach conflict and problem-solving from a place of mutual benefit to both the persons and the league.