Breakneck Betties: Rest, Recuperation, and Getting Ready for 2020

The Break Neck Betties wrapped up the 2019 season by winning the Home Team Championship for the second consecutive year. Opening the season on a four-game winning streak, the Betties shot out of the gate reaffirming their reputation as a league powerhouse. The team had been given a boost to their blocking corps with the offseason addition of blocker Toxic Haste, who gave the Betties yet another talented veteran on the team. 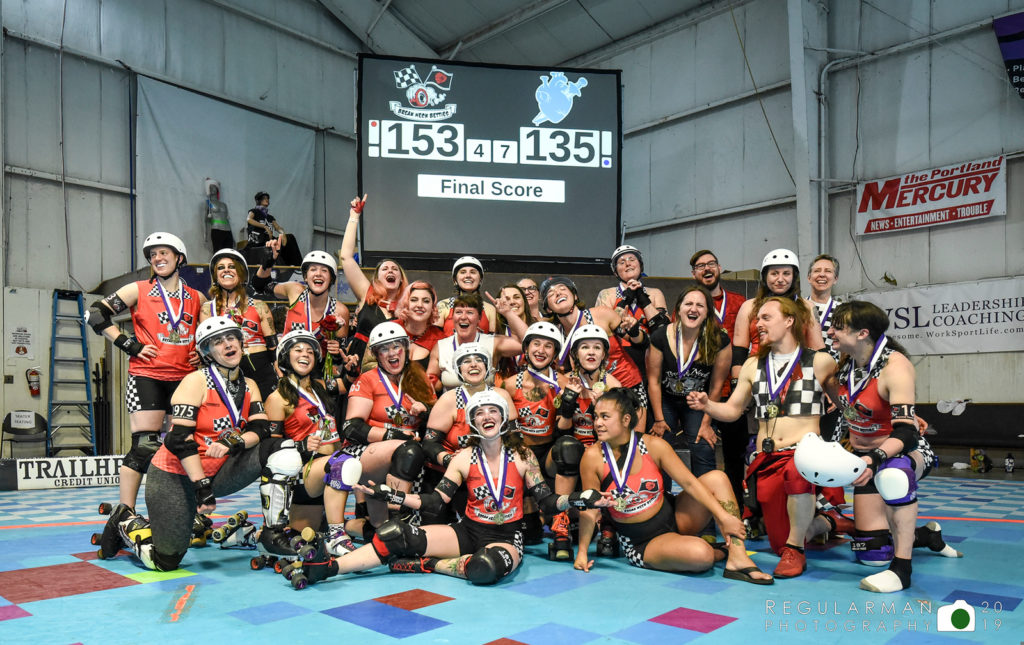 “Toxic Haste’s transfer to our team marked a big offensive boost to our blocker corps, and a healthy dose of controlled spice,” says Betties’ Captain Tenacity. “Picking up another experienced high-level blocker and tactical thinker was a treat this season.”

Another key move for the Betties was made off the track with assistant coach Mr. Wubs, taking over the role of team statistician. Wubs was able to help track jammer and pack performance statistics that allowed the team to make real-time and in-game adjustments. This provided a strategic advantage for the Betties few other teams have. “It was definitely an edge,” says Tenacity.

The Betties had their work cut out for them in the first half of the season. With a heavily front-loaded schedule, the team played more than half of their games in the first two months of the season. This meant a quick turnaround to prepare for each upcoming opponent and a small window of recovery after each game.

After opening the season with back-to-back wins, the Betties faced off against the Heartless Heathers in what turned out to be a Home Team Championship preview. The matchup did not disappoint, as the Betties narrowly managed to escape in the waning seconds of the game with a thrilling one-point victory, 146-145.

There would not be another loss on the season for the Betties as they would go on to defeat the High Rollers in a payback win the following game, (158-130) before knocking off the Heartless Heathers in the championship game with a score of 153-135. The win over the Heathers secured a second consecutive first-place finish for the Betties, as they become the first team to repeat as champions since the High Rollers did it in the 2015-2016 seasons.

After opening up a big lead in the championship game, the Heathers had managed to fight their way back late in the second half, making for an exciting final few jams to end the season, but it was the Betties who held on for the win. The championship victory captured the “bend, don’t break” mentality the Betties seemed to embody all season long. Overcoming injuries, roster changes, and key absences throughout the season, the Betties faltered at times, but their adaptability and commitment to improvement allowed them to overcome any setbacks they faced.

With the summer drawing to a close, the Betties will turn their focus to the fall’s charity bouts and, ultimately, preparing for 2020 season. As the defending champs, the Betties will be looking to reload, rather than rebuild, and they understand maintaining a balanced offseason schedule will be crucial as they try to become the first RCR team ever to “three-peat” as champions.

“This offseason we are focusing on rest and recuperation,” says Tenacity. “As a team we never have to be concerned with engagement and motivation; instead we often need to remind people that it’s okay to do some self-care and take a rest to promote longevity. Derby is hard on the body.” 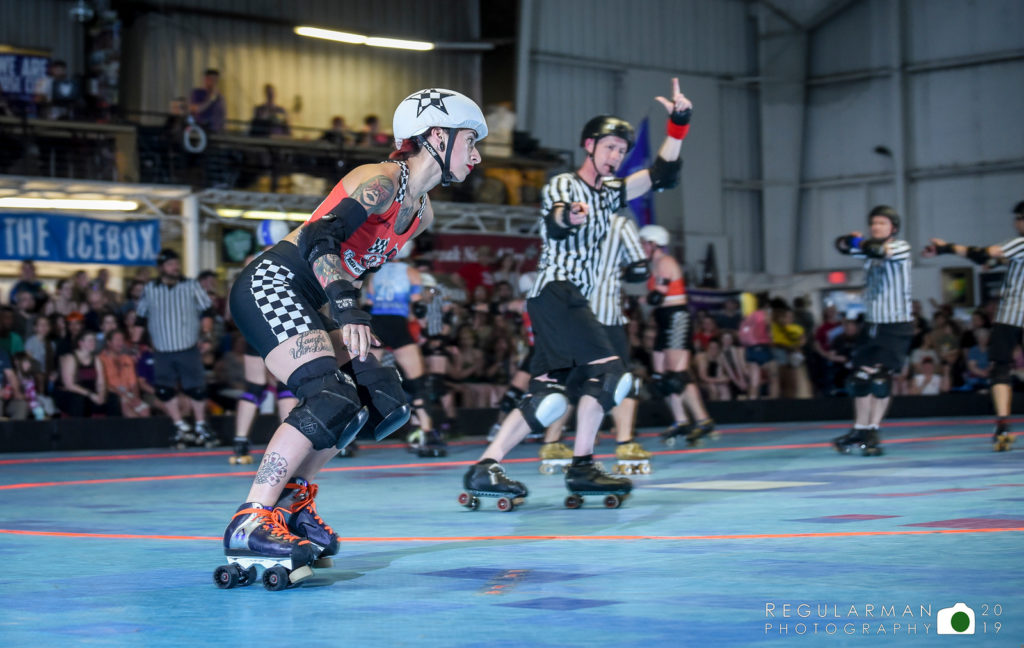 One skater who could play a key role in the Betties’ continued success is newcomer Little Red Ride-Her, who has since changed her derby name to Carl. A rookie in this year’s championship run for the Betties, jammer Carl saved her best for last in a breakout performance that earned her MVP honors. The Betties will be hoping that her best is yet to come and have high hopes for the skater’s future.“Carl (formerly Little Red Ride-Her) was a fearless breakout jammer this season, Tenacity says. “Her skating is intuitive and her trajectory is steep! The MVP award she received in the championship game is sure to be the first of many.”